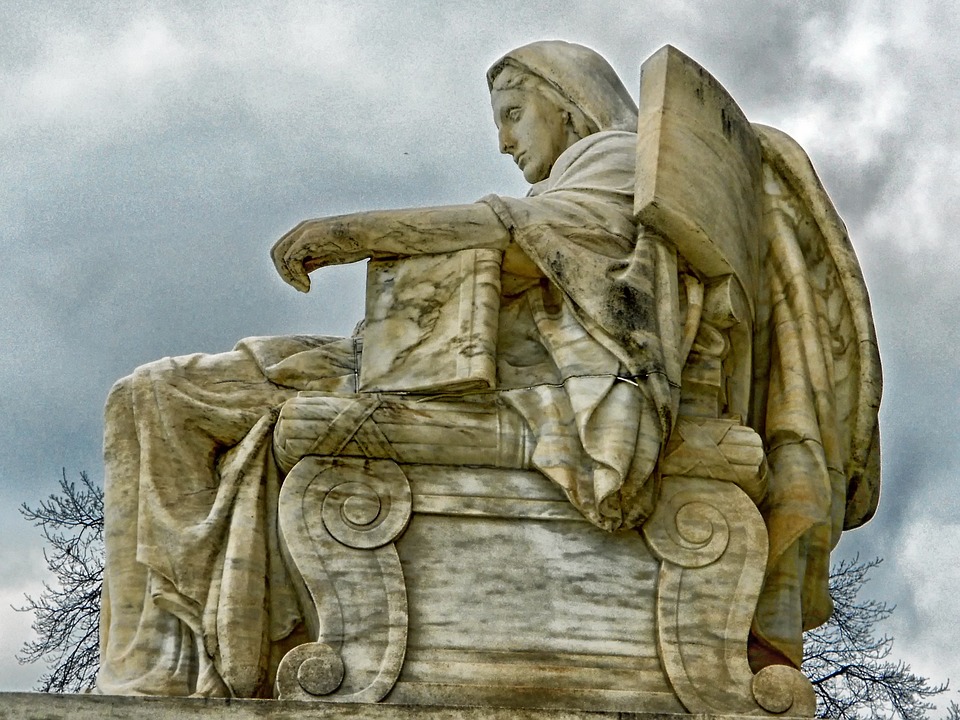 In this analysis I add another metric – the average number of sentences a Justice uses in a turn (“turn” referring to a segment of uninterrupted speech).  One of the most significant points to underscore is that the findings from the previous post hold up when the analysis is extended out six oral arguments further on both the Scalia and post-Scalia timeframes.  Justice Sotomayor still has the most talking turns for the post-Scalia segment with 334.  Chief Justice Roberts took the second most with 308.  In the set of sixteen arguments that include Scalia, Sotomayor took the third most turns with 291 followed closely by Justice Breyer with 285.

In the post-Scalia set of oral arguments, the remaining Justices do a good job of filling the void left by Justice Scalia.  Justice Scalia used a total of 7,073 words in his final sixteen oral arguments.  The eight Justices on the post-Scalia bench net +6,337 words more than they used in the previous sixteen oral arguments falling just short of Justice Scalia’s total word count for the previous sixteen.  The only Justices to use fewer words were Justice Breyer (who still used the most words of any Justice with 12,915) and Justice Kennedy whose word count dropped 1,120 words from 5,567 to 4,447.

While these results hold up from the previous post, the added metric provides a nuance that I did not previously uncover.  When examining sentences per talking turn as the figures below show, the Justices are all fairly consistent with the exception of Justice Kagan. 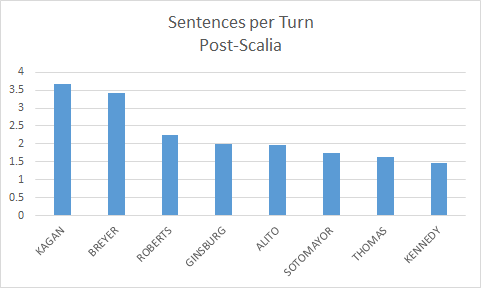 At least in terms of raw numbers, the Justices seem to do a fairly good job of filling the gap in oral arguments left by Justice Scalia.  Some intriguing questions that remain to be answered are what type of balance will be struck when a ninth Justice is added to the Court, whether Justice Thomas will engage in oral arguments any more frequently than he did in the past, and whether we are witnessing a shift to oral arguments dominated by the more liberal Justices; a possible sign of a shift away from the conservatively dominated Court (as many have so deemed it) of the past several decades.