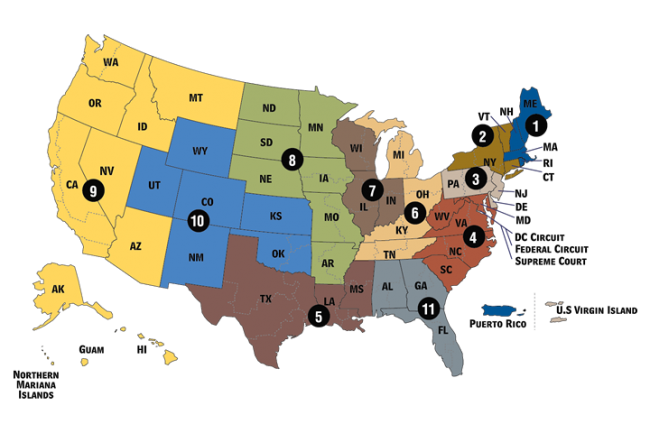 This post looks at the sources of the cases the Supreme Court heard this Term.  It has two sections (divided into tables).  The first contains each case (following SCOTUSBlog’s list of cases for the term) with four columns of data: the lower court, the lower court’s authoring judge’s name, any dissenting judges that wrote dissenting opinions, and if the lower court decision was per-curiam from a federal court of appeal, the list of the judges on the panel.  Judges with two opinions in non-joined cases that were or are under review by the Supreme Court this Term include the 8th Circuit’s Judge Lavenski Smith, the 5th Circuit’s Judge James Graves Jr., and the 4th Circuit’s J. Harvie Wilkinson III.