The Supreme Court released 44 slip opinions through the end of May of the current 2018 Supreme Court term (43 if we subtract our Emulex which the Court dismissed as improvidently granted).  The majority of the decisions have been unanimous although a fair number were decided by 5-4 votes. Here is the count data for the different vote compositions. 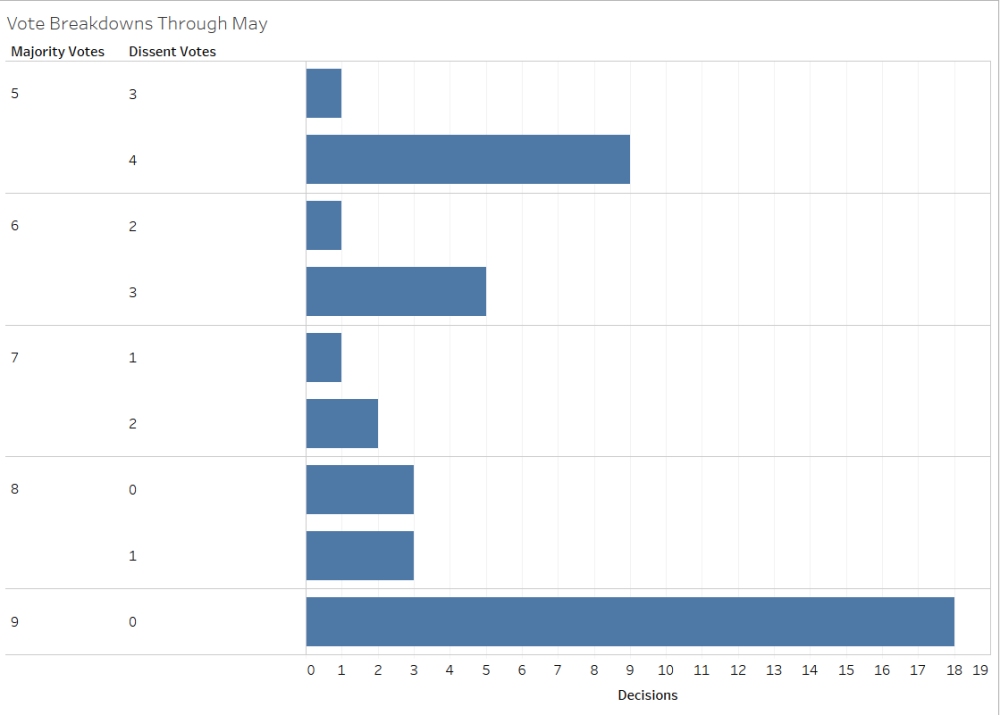 When these breakdowns are given as percentages rather than raw numbers, the compositions look as follows:

One might speculate on how this compares with prior terms.  The percentages of different voting compositions through May of each term since 2005, when Roberts took over as Chief Justice, are displayed below. The data for these breakdowns was supplied by the U.S. Supreme Court Database.

This term’s 41.86% of unanimous decisions is right on par with last term’s 43.9%. The highest percentage of unanimous votes through May of a Roberts Court Term was reached in 2013 where 60% of the Court’s decisions were unanimous.

Historically the Court has been all over the map for vote breakdowns in June.  Here is the percentage of June decisions that were 5-4 and 9-0 since the 2005 term.