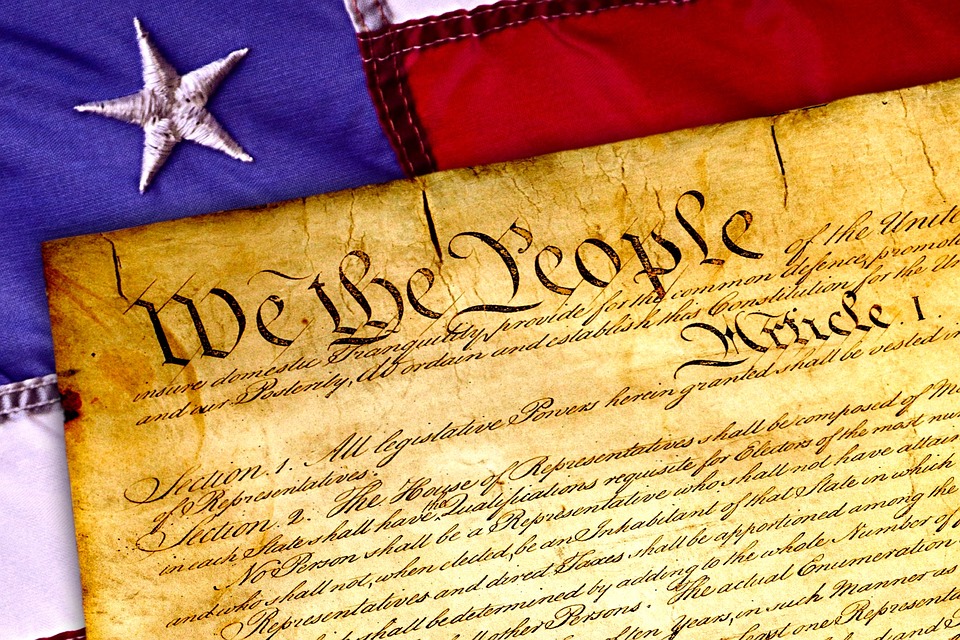 The Supreme Court held two state statutes unconstitutional during the the 2015 term*: portions of Florida’s death penalty law in Hurst v. Florida and Texas’ abortion statute in Whole Woman’s Health v. Hellerstedt. While lower court rulings relate to the specific statute(s) dealt with in a case, these decisions have nationwide implications. The Court’s decisions have constitutional reverberations across the states and so any additional statute that offends the Court’s interpretation is equally problematic.

While the Supreme Court makes such constitutional decisions, the Court has little direct enforcement power. Instead it relies on several dispersed frameworks of governmental entities to implement its decisions. These include actors from the executive branch, the federal and state legislatures, and lower courts. Although it has only been a short time since these two decisions were made (Hurst on January 12, 2016 and Whole Woman’s Health on June 27, 2016), there are clear differences in the way lower courts have implemented them and there are evident reasons for this disjuncture.
Whole Woman’s Health
The ruling in Whole Woman’s Health struck down two key provisions in Texas’ abortion statute (according to the Court):

The case also reaffirmed the Court’s stance in Casey by highlighting how the Texas statutory sections violated the Constitution: “Each places a substantial obstacle in the path of women seeking a previability abortion, each constitutes an undue burden on abortion access.”

This affected and affects laws both within and outside of Texas and has spawned changes in states’ approaches based on several cases  discussed below:
(1) The first post Whole Woman’s Health decision that used the new framework in ruling a statute unconstitutional was the Northern District of Florida case of Planned Parenthood of Southwest v. Philip on June 30 2016. In this case Judge Hinkle upheld a preliminary injunction against the enforcement of two sections of Florida’s abortion statute as described by that court:

The first challenged provision—the ‘defunding provision’—is Florida Statutes § 390.0111(15). It provides that a state agency, local government entity, or Medicaid managed-care plan “may not expend funds for the benefit of, pay funds to, or initiate or renew a contract with an organization that owns, operates, or is affiliated with one or more clinics that are licensed under this chapter and perform abortions,” subject to specific exceptions. The exceptions are for contracts entered into before the provision’s effective date, funds payable on a fee-for-service basis under the Medicaid statute, and funds paid to clinics that perform abortions only in limited circumstances—circumstances much narrower than encompassed by a woman’s constitutional right to an abortion.

The second challenged provision—the ‘inspection provision’—is Florida Statutes § 390.012(1)(c)2. Florida law has long required abortion clinics to keep medical records and to undergo annual inspections by the Agency for Health Care Administration. The records include highly sensitive personal information on topics including medical history, contraceptive practices, sexual history, HIV status, and mental health. AHCA has typically reviewed the records of 15 to 20 patients as part of its inspection of a clinic. The amendment requires AHCA to ‘inspect at least 50 percent of patient records generated since the clinic’s last license inspection.’ This will mean as many as 700 records at a single clinic. AHCA’s cost of conducting the inspections apparently will be rolled into license fees. See Fla. Stat. § 390.014(3).

Although of the recent abortion law injunctions this is the least reliant on the decision in Whole Woman’s Health of the bunch, it was the first citing the Supreme Court’s decision after the ruling.

(2) The other injunction on June 30, 2016 which more directly related to the Court’s decision in Whole Woman’s Health came in District Court for the Southern District of Indiana’s case, Planned Parenthood of Ind. & Ky. (PPINK) v. Comm’r. Here, Judge Pratt examined and granted injunctions against the enforcement of several provisions of the Indiana Law: House Enrolled Act No. 1337 (“HEA 1337”). According to the injunction these provisions include:

Judge Pratt applied the holding in Whole Woman’s Health in the following section of the order:

As the Supreme Court very recently made clear, “the relevant denominator” when applying this test is “those [women] for whom [the provision] is an actual rather than an irrelevant restriction.” Whole Woman’s Health v. Hellerstedt (2016) (citation and quotation marks omitted). The antidiscrimination provisions prevent any woman who seeks to have a pre-viability abortion solely for one of the enumerated reasons from obtaining one. This is an irrelevant restriction for women not seeking an abortion solely for one of these reasons. It is, however, relevant to women seeking an abortion for one of the enumerated reasons, and it is very likely unconstitutional as to all of these women. As such, it is susceptible to a facial challenge.

(3) The next decision was in the Middle District of Alabama’s case W. Ala. Women’s Ctr. v. Miller. Here Judge Thompson lifted a stay and allowed a supplemental complaint based on the Whole Woman’s Health decision. The crux of the case as explained by the court was:

Judge Thompson applied Whole Woman’s Health in coming to a conclusion on these issues with the statement:

The court analyzed “the obstacles and justifications for the regulation … , as applied to plaintiffs, and then evaluate[d] whether the obstacles [were] more severe than warranted by the State’s justifications.” Id. See also Whole Woman’s Health v. Hellerstedt, (U.S. June 27, 2016) (in applying the undue-burden standard, considering closures of abortion clinics due to an admitting-privileges requirement that “meant fewer doctors, longer waiting times, and increased crowding … in light of [the requirement’s] virtual absence of any health benefit”).

(4) In Capital Care Network of Toledo v. State Dep’t of Health, Judge Singer from the Ohio Court of Appeals ruled several licensing provisions of Revised Code (R.C.) 3702.303, 3702.304 and 3727.60 unconstitutional. Some of the relevant parts of these provisions were described by the court:

Pursuant to  R.C. 3702.30(D) and (E)(1), all health care facilities, which includes ASFs, must have a license issued by the director of the ODH to operate. In order to obtain a license, an ASF must have a WTA with a local hospital, or be granted a variance from that requirement. R.C. 3702.303 and 3702.304. However, R.C. 3727.60 forbids any public hospital from entering into a WTA with an ASF which performs abortions. R.C. 3727.60 also forbids any public hospital from authorizing a physician who has staff privileges at the public hospital to use those privileges for an ASF, which performs abortions, to obtain a variance as a substitute for a WTA.

(5) Also in Ohio, in the case Planned Parenthood of Greater Ohio v. Hodges, Judge Barrett of the District Court for the Southern District of Ohio granted an injunction against the enforcement of Revised Code § 3701.034.

The order in the case described these provisions as requiring:

(6) Finally to enforce the Court’s ruling in Whole Woman’s Health, on August 18, 2016, the Fifth Circuit (the lower court in the case) set forth a per-curiam opinion including the language,

Hurst v. Florida
Lower courts have approached the decision in Hurst differently. Courts have ruled in over twenty cases where the defendants attempted to challenge state death penalty statutes or rulings under these statutes based on Hurst. There has been only one instance of a direct change in response to Hurst, however.
This challenge began in the Superior Court of Delaware on January 25, 2016. The superior court in that case certified the following questions to the Delaware Supreme Court in light of Hurst:

In Rauf v. State, the Delaware Supreme Court issued a per-curiam opinion. The court highlighted the importance of Hurst its decision:

The State has charged the Defendant, Benjamin Rauf with one count of First Degree Intentional Murder, one count of First Degree Felony Murder, Possession of a Firearm During those Felonies, and First Degree Robbery. The State has expressed its intention to seek the death penalty if Rauf is convicted on either of the First Degree Murder counts. On January 12, 2016, the United States Supreme Court held in Hurst v. Florida that Florida’s capital sentencing scheme was unconstitutional because “[t]he Sixth Amendment requires a jury, not a judge, to find each fact necessary to impose a sentence of death.” On January 25, 2016, the Superior Court certified five questions of law to this Court for disposition in accordance with Supreme Court Rule 41. On January 28, 2016, this Court accepted revised versions of the questions certified by the Superior Court…

Although there were multiple separate opinions in the case, the majority opinion importantly stated, “But that diversity of views is outweighed by the majority’s collective view that Delaware’s current death penalty statute violates the Sixth Amendment role of the jury as set forth in Hurst.”

Why the difference in effects and enforcement in response to Hurst and Whole Woman’s Health. One of the cases that analyzed a death penalty statute in light of Hurst, State v. Billups, provides an answer. Here, Judge Kellum from the Alabama Criminal Court of Appeals described:

Simply put, the Court in Hurst did not, as the respondents argue, hold unconstitutional the broad overall structure of Florida’s capital-sentencing scheme — a hybrid scheme beginning with a bifurcated capital trial during which the jury first determines whether the defendant is guilty of the capital offense and then recommends a sentence, followed by the trial court making the ultimate decision as to the appropriate sentence. Rather, the Court held that Florida’s capital-sentencing scheme was unconstitutional to the extent that it specifically conditioned a capital defendant’s eligibility for the death penalty on findings made by the trial court and not on findings made by the jury, which contravened the holding in Ring…
The Court in Hurst did nothing more than apply its previous holdings in Apprendi and Ring to Florida’s capital-sentencing scheme. The Court did not announce a new rule of constitutional law, nor did it expand its holdings in Apprendi and Ring. As the State correctly argues, ‘Hurst did not add anything of substance to Ring.’ (Petitions, p. 6.)